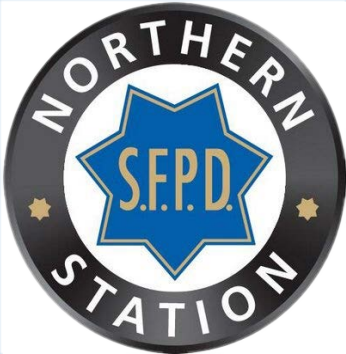 Captain Joe Engler’s Message
Residents, merchants, and visitors,
Today is the fourteenth day of protests within the City regarding a call for criminal justice reform, police department de-funding and a redistribution of city monies to at-risk communities within San Francisco.

Despite what you may have seen or heard in the media, your Northern Station police officers have risen above the adversity and have responded with grace and professionalism. Patrol officers have faced angry demonstrators and have arrested packs of thieves who have cloaked themselves with the First Amendment to do harm to our local merchants. Bottles, cans and exploding fireworks have been thrown at police officers here in San Francisco. Rallies have spontaneously turned into unplanned marches for several miles at a time where officers have been met with angry words and chants while at the same time clearing traffic hazards and counter protesters to make the route safe. Aside from the daily protests and marches, officers are doing what they can to follow pandemic guidelines wearing masks, gloves and protective equipment. Due to the physical threats upon the safety of officers managing crowds of protesters, the maintenance of 6 feet of social distancing by officers hoping to avoid COVID-19 exposure is impossible.

It is difficult to believe that only three weeks ago, our officers were being lauded as community heroes for their efforts to provide food to the needy, safeguard business corridors and assist the most vulnerable populations on our streets in response to the COVID-19 pandemic. I know and believe that there are many among us who still remember the daily service and kindness exemplified by the men and women of the San Francisco Police Department.
I have personally attended every demonstration and march within the Northern district and with 100% certainty know that there has not been one instance where an officer used force to effect either an arrest or to maintain order. There have literally been no days off for your local officers. On the home front, physically and emotionally exhausted officers return to their families and attempt to offer words of reassurance that everything will ultimately be alright and that positive change will come out of the current state of chaos. While comforting others, officers are currently mourning the assassinations of Federal Protective Police Officer Dave Underwood in Oakland and Santa Cruz Police Sergeant Damon Gutzwiller in Ben Lomond.
This is a difficult time.
Please keep your local police officers in your thoughts and your prayers